Whilst Shane Connolly has long been a star of the London Flower Scene, his public profile rocketed in 2011 when he stepped forward as the florist to the wedding of the Duke and Duchess of Cambridge.

Images of the tree-lined naive of Westminster Abbey, vast urns of abundant British foliage and the royal bridal bouquet of scented British flowers bounced around the globe and catapulted Shane into the global media spotlight. 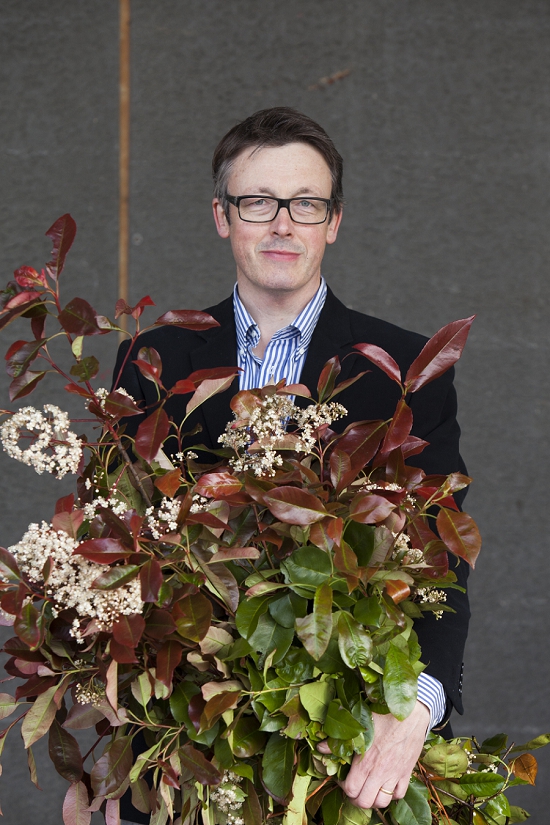 Happily though, Shane is still as modest and disarmingly charming as ever, clearly grounded and comfortable in his own skin.

His company proudly bears the Royal Warrant "By appointment to HRH The Prince of Wales, Supplier of flowers for events", but perhaps his background as a psychologist has helped Shane keep life in perspective – that and a home "away from the London bubble", as Shane calls it.

From psychology to floristry

Shane's passage into the world of floristry evolved through a passion for gardening and a family friendship with event florist Michael Goulding.

Shane came to London from Ireland to work as a research psychologist, but it was helping whilst Michael Goulding to stage events that he discovered a passion for floristry. "He was an inspiration," acknowledges Shane.

Shane learnt his craft at society florist Pulbrook & Gould in Sloane Street, and then moved to work for event florist Caroline Evans, before tentatively opening his own workspace in Latimer Road, W10 in 1989.

Over the past twenty-four years Shane Connolly & Company has steadily expanded, equally happy creating exquisite flowers for a private dinner or marquee in an apple orchard as staging large-scale events in venues such as the Victoria & Albert Museum, the Royal Academy, and, of course, the Royal Palaces.

Miraculously, Shane has also found time to write some beautiful books on flowers and floristry, most notably, 'The Language of Flowers', and, in 2012, when you would imagine he already had enough to do, 'A Year in Flowers'.

Venturing into the Flower Market 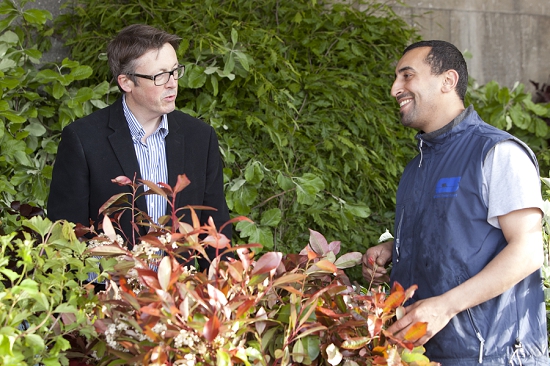 It was with Michael Goulding that Shane Connolly had his first taste of the Flower Market back in the 1980s. "There were boxes of flowers everywhere. The first thing that hit me was the scent. It was mainly English and seasonal. Back then, Dutch flowers were rare – I think Michael called them exotics!"

Shane now comes to the Flower Market every day of his London working week, and buys all his flowers, foliage, many plants and sundries here, and his love of the place is evident.

"Seasonality is really important to me – I don't want that feeling of Christmas all year round. When you cook you want fresh, original, seasonal ingredients. Why should you want anything less from your flowers?" argues Shane.

"I buy British whenever I can. I want flowers that look as though they once grew. I would never buy from a Dutch van, I would rather give up," says Shane.

Like all of us, Shane Connolly has his favourite wholesalers. "Dennis is my angel," Shane rhapsodises about veteran Flower Market wholesaler, Dennis Edwards of Dennis Edwards Flowers. "I rely on Dennis and he has never let me down. If something is not available, he will always present me with options."

"I am also devoted to Bloomfield, Alagar and Pratley," says Shane, "but I shop at all of the stands in reality." Shane also uses a lot of planting within his arrangements, for which he turns to the Flower Market's six plant wholesalers.

A Love of Foliage 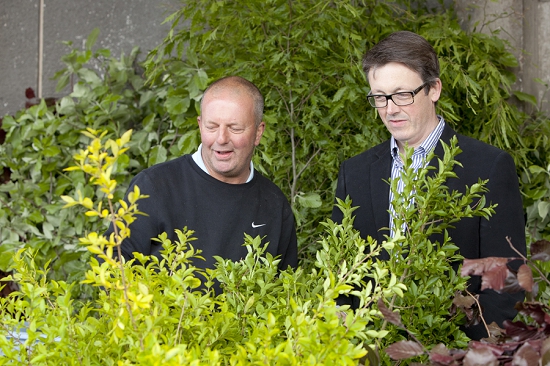 "British Foliage makes the gentle, natural garden look possible," explains Shane. "David Gorton of GB Foliage on the Flower Market's Foliage Row always has wonderful British foliage, and is another one who has never let me down. He is truly amazing."

Shane – stretching the rules slightly – could not resist choosing British foliage as his favourite British summer cut 'flower'. See what happened when Shane indulged his love for foliage at our British Flowers workshop.

To celebrate British foliage, immerse yourself in this special Product Profile for British Flowers Week on British cut foliage, the unsung hero of London floristry!

How did you get into floristry? Do you share Shane's fascination with foliage? We'd love to hear your views. Simply type in the boxes below...