Rebel Rebel, the florists behind the Big Brother Eye and Kelway's award-winning Chelsea garden, are devotees of British-grown flowers.

Asked to pick a favourite for British Flowers Week, Athena and Mairead struggled for a while before finally coming down firmly in favour of the glorious delphinium. Why? Because they are so versatile, it seems...

"Just on their own en masse, they are incredibly effective," enthuses Mairead. "A mass of the blue-bee delphiniums is stunning in a vase or window boxes."

"Delphiniums come in such a fabulous range of colours from rich, deep blue to soft, baby blue, hot pinks, blush pinks, pure white and with stunning markings," says Athena. "We used delphiniums in the display we created for Kelways at Chelsea this year. We use them in big urns in a classic delphiniums with hydrangeas mix. They look great in the hand-ties we create in the shop, and you can use the individual flowers too in more intricate work."

At the British Flowers workshop with our four other London florists, we asked Rebel Rebel to get creative...and they did not disappoint. Feast your eyes upon delphiniums in all their summer-flowering glory:

Rebel Rebel illustrated the colour hues and beauty of the individual delphiniums flowers to the full in this stunning headdress and bracelet, as modelled by Athena Duncan and CGMA's Kathryn Holden. 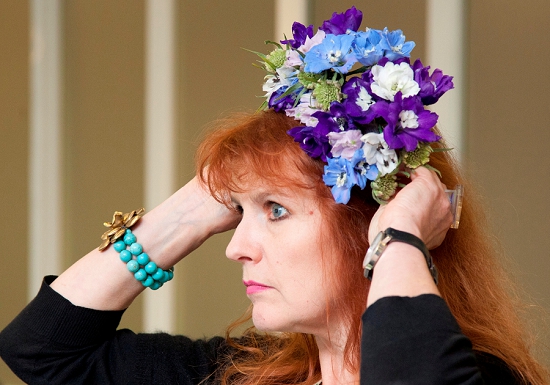 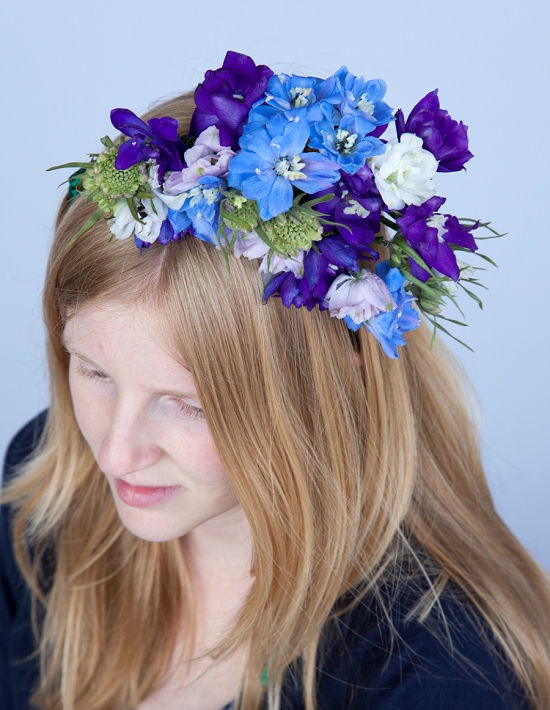 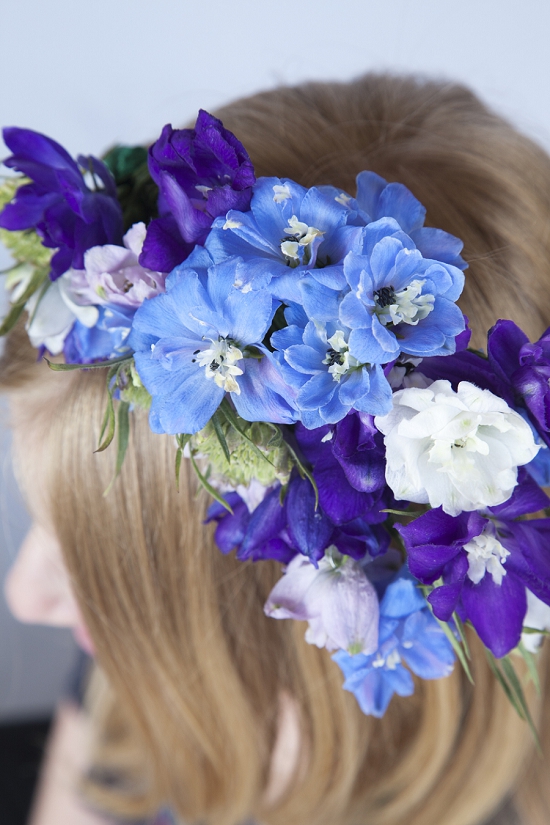 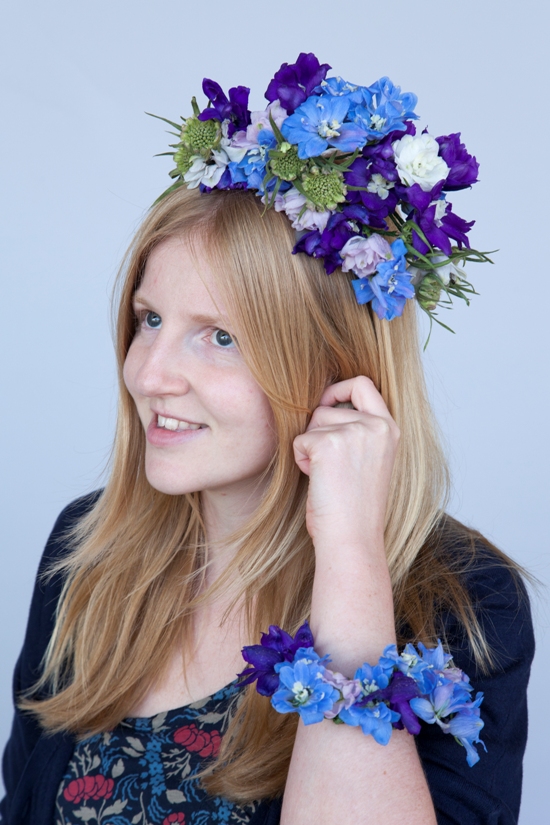 A crateful of British flowers

The wonderfully talented Gus of Rebel Rebel took delphiniums as his focus flower and combined them in this gloriously riotous and naturalistic display in a vintage wooden crate. 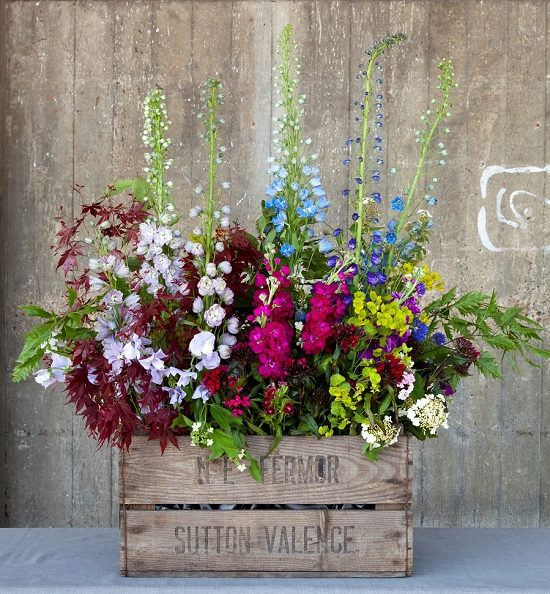 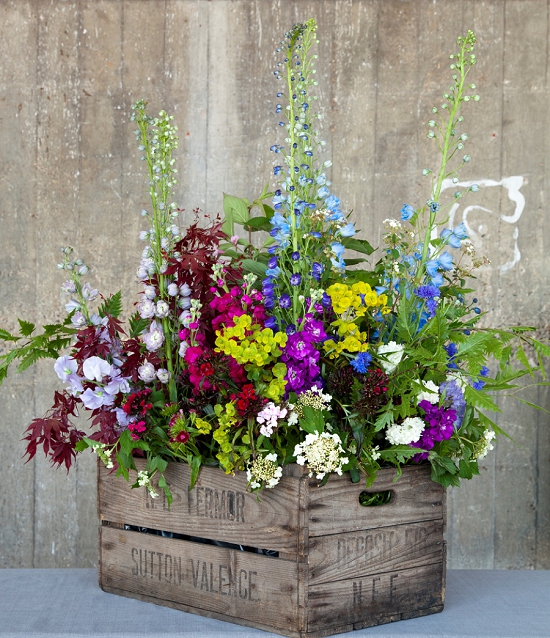 A bridal train of stately delphiniums

Against a cream vintage bridal gown, Rebel Rebel created a magnificent train of delphiniums topped by a bustle of cornflowers, sweet peas, sweet Williams and ruby red acer leaves such that the train resembled a peacock's tail of feathers.

"We wondered whether, instead of holding flowers in her hand, the flowers could be incorporated into a bride's dress, and loose petals set to leave a romantic trail of petals as she walked down the aisle." 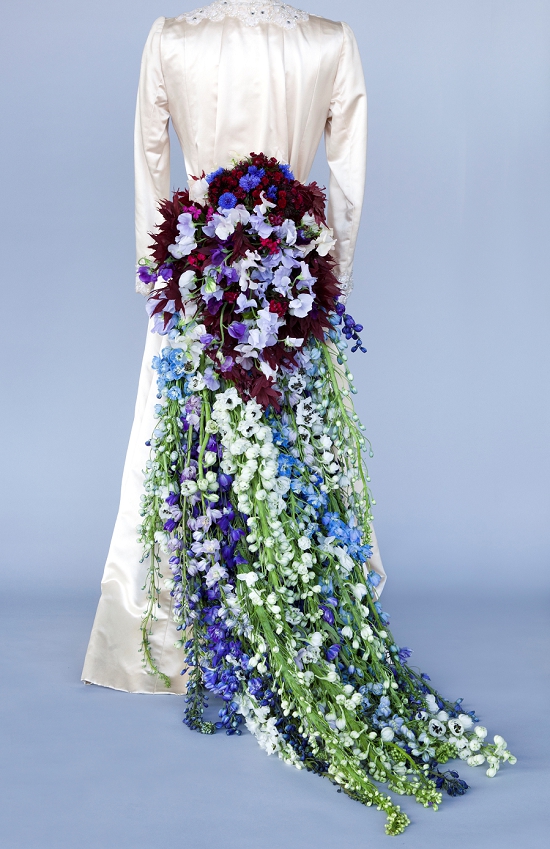 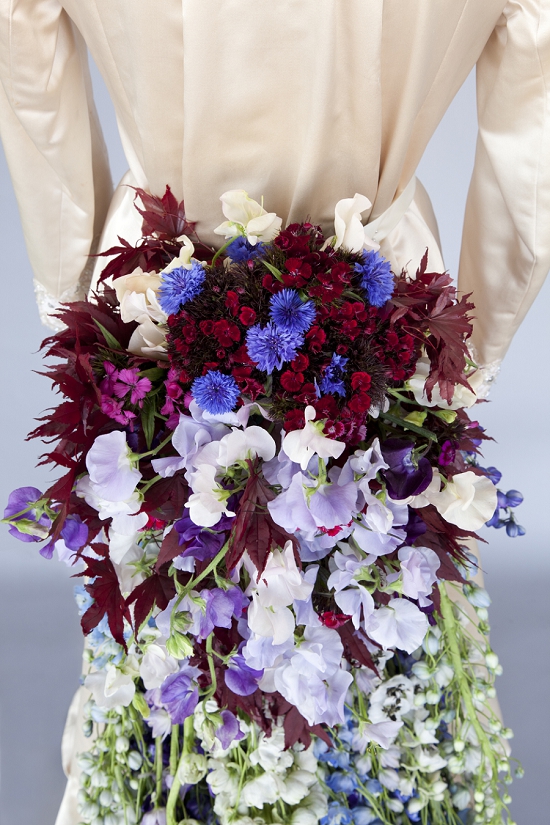 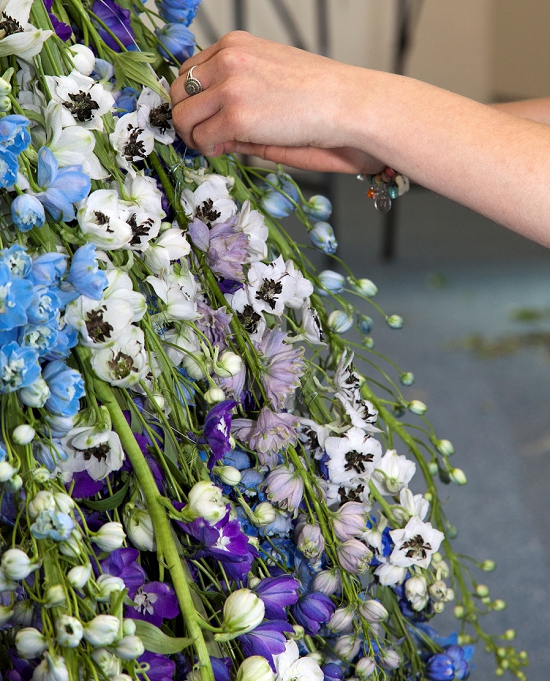 We would love to hear your thoughts on Rebel Rebel's creations for British Flowers Week. If you have any comments, simply type in the boxes below…